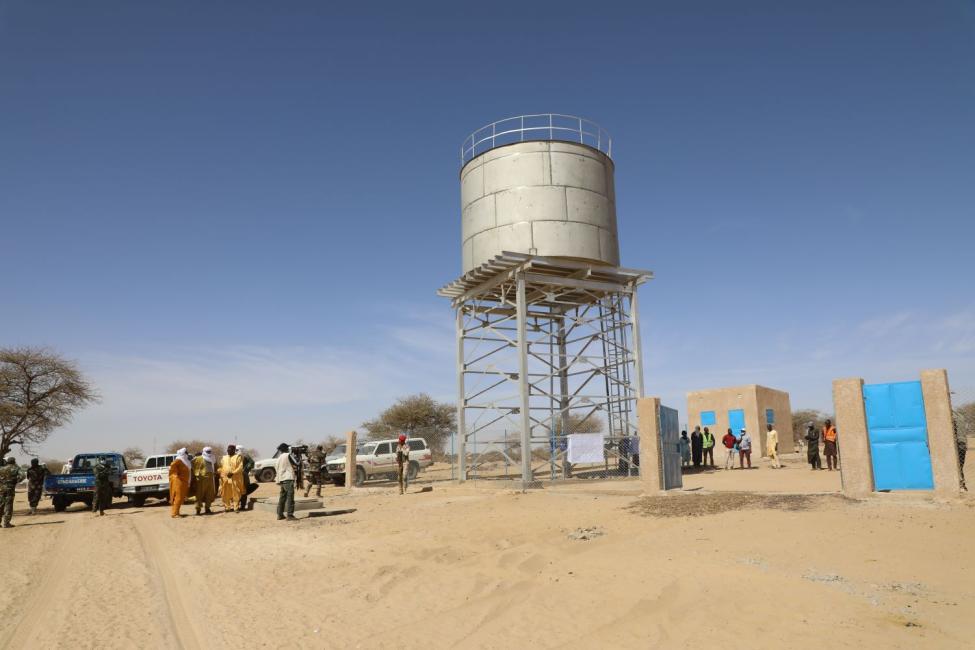 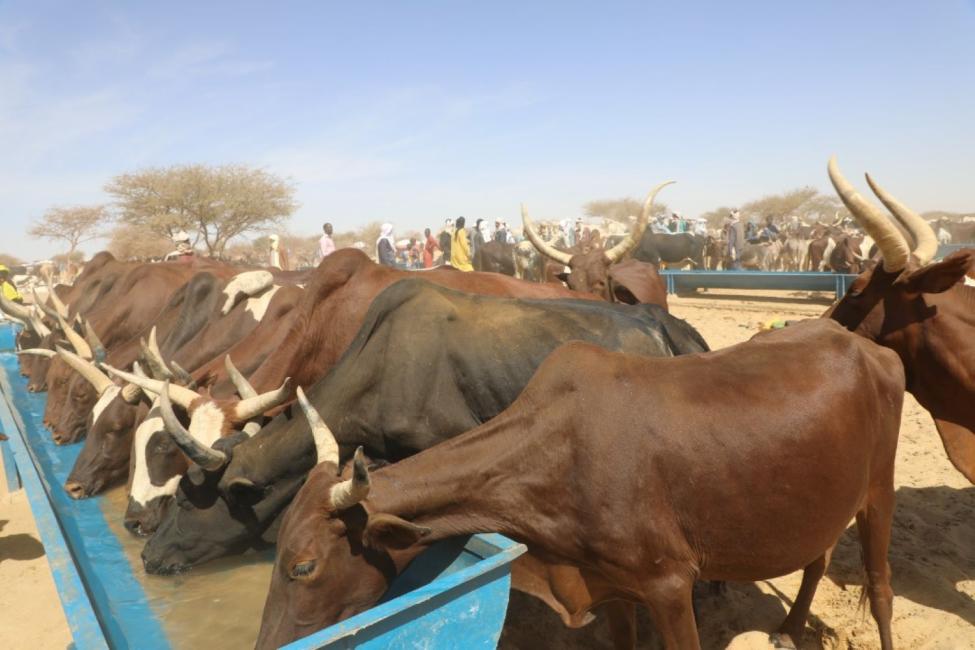 Tahoua - The Governor of the Tahoua region, the German Ambassador in Niger, the EU Ambassador in Niger, the United Nations Resident and Humanitarian Coordinator in Niger, and the Chief of Mission a.i. of the International Organization for Migration (IOM) in Niger inaugurated today (30 November) a newly drilled borehole and its more than three-kilometer long water network in the commune of Tillia, located in the Tahoua region.

During the inauguration ceremony, the officials, along with the regional and local authorities and community members, opened the water valves of the network connected to a 607-meter-deep borehole powered by solar energy.

Located near the Malian border and in the Sahara Desert, the commune of Tillia is prone to scarce resources exacerbated these last years by climate change and land degradation. Water scarcity, most notably, is a driving factor of food insecurity, health challenges, and especially inter- and intracommunal conflicts creating instabilities and breaches that non-state armed groups often exploit.

The construction of the water system was launched in February 2022 following a request by Niger's High Authority for Peacebuilding. Built as part of IOM’s Niger Community Cohesion Initiative (NCCI), it will provide 10,800 host communities, displaced persons, and nomadic communities, including 5,800 women and public service facilities such as schools and the local courthouse with safe water. The water system now supplies 100 cubic meters of water to the city, connected to 20 standpipes at key locations. Additionally, a water station has been created specifically for herds who now benefit from an allocated standpoint and ten adapted water troughs.

“As a long-time and trusted partner of Niger in development and stabilization Germany supports the government’s efforts to provide services to Niger’s population even in the remotest and most difficult regions. The deep well in Tilia is one example of several activities supported by Germany for the improvement of living conditions in this remote border area with Mali”, says Hermann NICOLAI, German Ambassador to Niger.

“The construction of this new water system will contribute to preventing community conflict and strengthening social cohesion amongst communities in Tillia. Improving access to resources will help to address community frustrations with the ultimate goal of restoring trust in local authorities,” says Seve Diomande, IOM Chief of Mission in Niger a.i.

Funded by the German Federal Foreign Office, the European Union's Foreign Policy Instruments (FPI), the UN Peacebuilding Fund, and the US Department of State/ Bureau of African Affairs, the Niger Community Cohesion Initiative (NCCI) has been implemented since 2020 in Niger. The Initiative seeks to increase communities' cohesion and resilience to conflict, insecurity, and threats by violent extremist organizations and strengthen their trust in local government authorities and state structures.