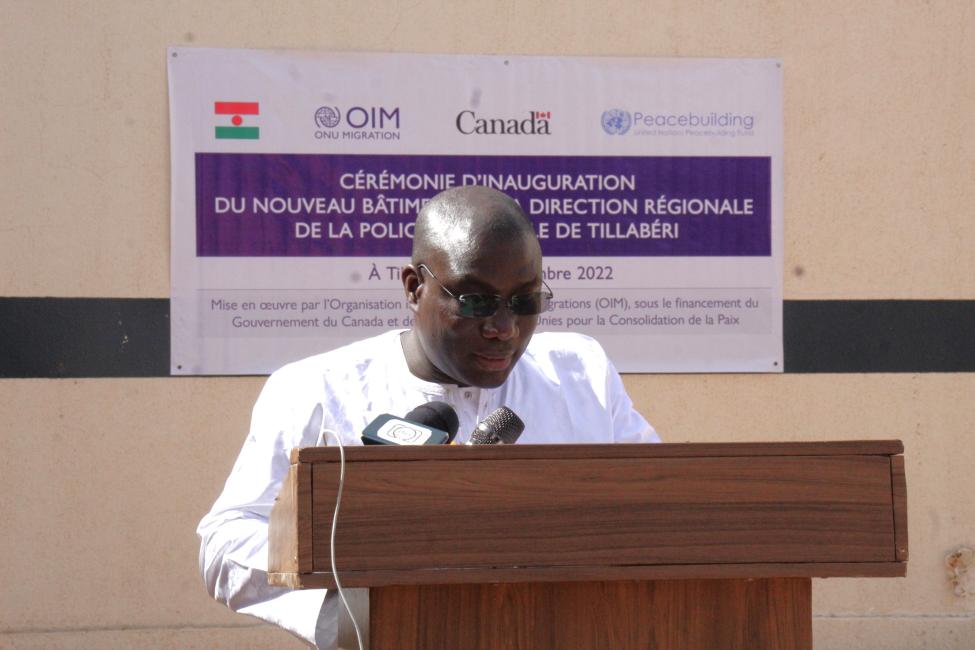 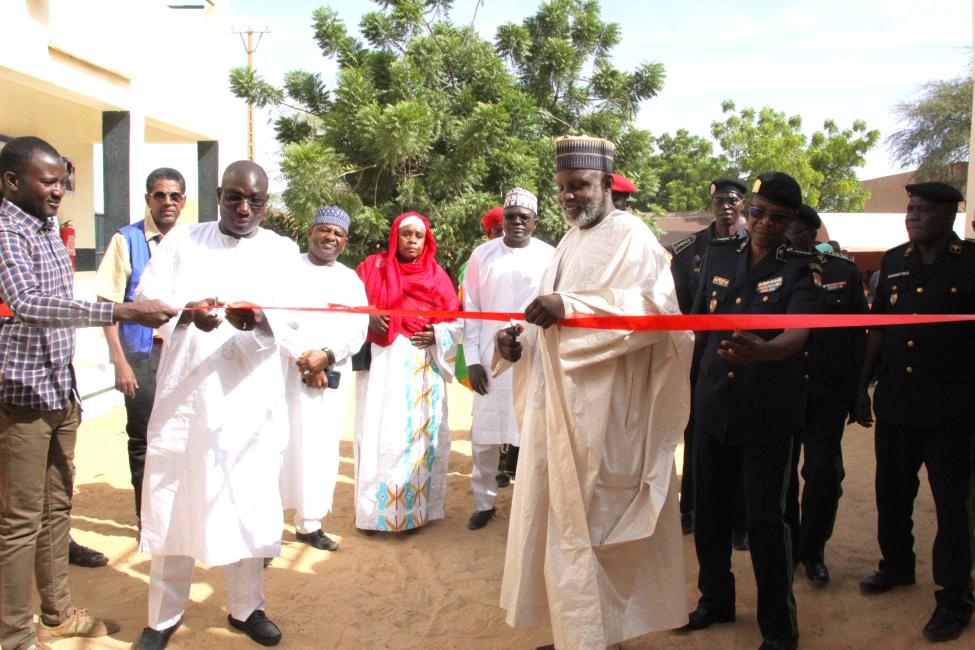 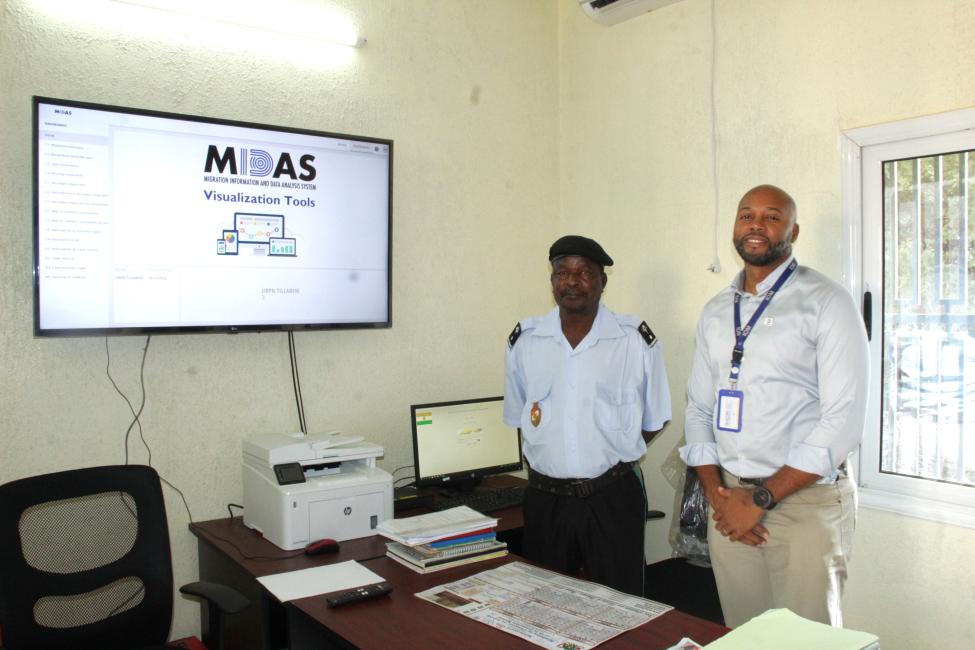 Niamey – On 25 November, the International Organization for Migration (IOM) officially handed over to the Governor of the Tillabéri region, in southwestern Niger, a new extension building for the Regional Directorate of the National Police (DRPN).

The extension, built and fully equipped with funding from the Government of Canada and the United Nations Peacebuilding Fund, will help strengthen border governance along the tri-border area of Burkina Faso, Mali, and Niger. With seven offices, a meeting room, a conference room, and two toilet blocks, it will help to reduce the clutter of the original building. The DRPN's fence wall was raised to enhance the compound's security, a new guardhouse, a sliding gate, external toilet blocks, and streetlights were installed, and the original building was also rehabilitated through the project.

"The new extension building of the Regional Directorate of the National Police undoubtedly strengthens the operational capacities of the Police. It also contributes to making the fight against terrorism and other organized and cross-border crimes more efficient with the ultimate goal of stabilizing our region," said Yayé Arouna, Governor of the Tillabéri region.

"Border management is a priority issue for many countries in the Sahel, and Niger in particular. It's about finding the right balance between open borders - with a smooth flow of goods and people that promotes trade and development - and secure borders," said Seve Diomande, IOM Chief of Mission a.i. "It is within this framework that IOM is supporting Niger in implementing its border strategy for an effective, coordinated, and integrated border management," he added.

The extension building of the DRPN in Tillabéri was built and equipped through the projects "Strengthening Border Management in Mali and Niger," funded by the Government of Canada, and "Support for the Improvement of Protection and Community Security of Border Populations in the North of the Tillabéri Region," funded by the United Nations Peacebuilding Fund. Under these two projects, the infrastructure of the DRPN in Tillabéri was supported to strengthen the operational capacity of the Police in the Tillabéri region, a region plagued by several challenges in the border areas.